San Francisco, CA – July 25, 2022 – Oberheim today began shipping the OB-X8: an eight-voice polyphonic analog synth that combines the classic sound and key features of the legendary OB-X, OB-Xa, and OB-8 products from the 1980s – including all of the original presets that gave them their signature sounds.

“It’s an exciting day for Oberheim and for musicians that have been anxiously waiting for the OB-X8 since we first announced it,” said company founder Tom Oberheim. “Naturally, we’re proud to reintroduce the Oberheim sound in a new instrument. But even more, we’re proud that we’ve been able to combine the voice architectures of the various original OB series synths in a way that gives players unique new sounds and capabilities that even the originals didn’t have. It’s an amazing-sounding instrument.”

The catalog of artists associated with the original OB-series synths is long, and includes innovators like Prince,
Eddie Van Halen, Jimmy Jam, and Herbie Hancock. For many, it was much more than just an instrument; it was part of their signature sound and a key part of the musical tapestry of the 1980’s and beyond.

Oberheim alumni Marcus Ryle, who was deeply involved in the design and execution of the OB-X8, summed up the new synth: “As a whole, the OB-X8 covers more sonic territory than any OB-series synth ever created. The Oberheim team has delivered an instrument that will satisfy even the most die-hard Oberheim fans — and introduce an entirely new generation to the incomparable Oberheim sound.”

Oberheim CEO David Gibbons added: “Bringing back Oberheim and creating the new OB-X8 has been a true labor of love. Even more gratifying is the overwhelmingly positive reaction we’ve received from both artists and the music industry as a whole. Everyone is excited about this instrument — and nobody more than us.”

Oberheim brings its products to market with the help of the Focusrite organization and renowned synth maker, Sequential.

The OB-X8 eight-voice analog synthesizer is available now with a US MAP of $4,999. 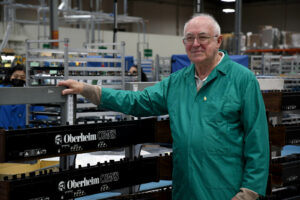 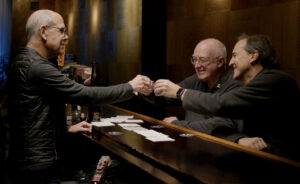